Did you ever study physics? Boy, I did! I hold a B.S. in Materials Science & Engineering from North Carolina State University- trust me, I studied lots of physics and the like. I may hurt your head if I listed the classes I took. I make this point to assure you I have a very analytical mind.  Perhaps that is why it took me years to become a believer in Bowen Therapy.  It took me years because it is not taught as a physics course, or a mechanical engineering course, or an Electronic Structures of Atomic Orbitals course. (You get my drift),  It was taught as a ‘manual therapy that resets the body,’ Now, truly, what does that mean?  It wasn’t until I realized that what I was dealing with here is that I truly delved into Bowen Therapy: Physics and Piezoelectricity. 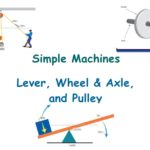 Physics is involved because the body is a kind of levers and pulleys system- at least the soft tissues part.  A pulley works because you pull down on one side and the other side has to come up, or vice versa.  If the load is equal on both sides, then the system is in neutral- balance. If the load on each side of a joint is not balanced then quite literally one side gets compressed and the other side is now in constant tension.  Why do you think the LCL the ligament on the outside of the knee got damaged as opposed to the MCL ligament on the inside of the knee? Why do you think disc herniations take place?

Lack of balance in tension in the “soft tissue structures” – the muscles, tendons, ligaments, fascia- that surround the joint itself.

For example: if one hip gets hiked up then the other hip is going to push down creating more pressure in that knee. So primarily what I do when using Bowen Therapy is balance the soft tissue structures in the body so that this kind of scenario does not present itself; or, if it has, can be corrected before too much damage has occurred. 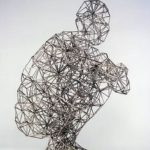 Piezoelectricity  is the electric charge that accumulates in certain solid materials (such as crystals, certain ceramics, and biological matter such as bone, DNA and various proteins) in response to applied mechanical stress. The word piezoelectricity means electricity resulting from pressure. (wikipedia)

This means that when you apply pressure to something that is made with a material that has this characteristic, an electrical charge is emitted.  This is important because this is part of the reason why Bowen Therapy works.  Collagen displays piezoelectric properties.  Guess what fascia is made up of? You guessed it. Collagen.  From here it goes something like this: the pressure I exert here and there sends an electric signal to the brain alerting the brain to do a system check.  It is now known through videos taken during live surgeries that when the fascia has pressure applied to it, a host of changes occur- things that are solid turn to liquid, new capillaries appear, gazillions of chemical changes occur.  In response to the pressure that was applied to the fascia, an electrical signal was sent to the brain, and the brain responded with these changes to the structure that the pressure was applied to.

This is how me strumming across a muscle or tendon results in a change in tension in that muscle and its surrounding structures creating balance in the body and getting you back out onto the tennis courts!

Here is where we start marveling at the complexity of the body and its innate capacity to create change leading to healing. And we begin to understand why and how Bowen Therapy works.